Before their viral popularity, these paintings were featured on cigar boxes.

“Dogs Playing Poker” isn’t one painting, but several. The series of sixteen artworks were created by artist Cassius Marcellus Coolidge (born 1844). The paintings were created mostly on demand from the company Brown & Bigelow, a publishing company which happens to still exist today. Before their viral popularity, they were first featured on cigar boxes.

Interestingly, only nine of the sixteen paintings show dogs actually playing poker. The rest of the paintings have dogs in all sorts of weird, anthropomorphic situations like playing baseball (“One to Tie Two to Win”), appearing in a courtroom (“Breach of Promise Suit”) and even a Masonic initiation (“Riding the Goat”).

In 2014, the Chrystler Museum of Art announced that it would like to acquire the entire series. But in 2015, an anonymous bidder snapped up one of the most well-known (“Poker Game”) at a Sotheby’s New York auction at a record price (for a Coolidge up until now) of $658, 000.

Cassius Marcellus Coolidge had more to him than just one series of paintings. He had several jobs in his lifetime, including that of a signwriter and druggist. Oh, and he he also happened to have started the first bank in Antwerp, NY (which now operates as the Jefferson National Bank) and his own newspaper,

Hey, wouldn’t it be great if they were playing something a little more…modern?  If that’s your thinking, then artist Jay Babcock has got exactly what you’re looking for: He started a Kickstarter crowdfunding project to bring the project “Dogs Playing DND”, a version of Coolidge’s classic that shows dogs playing Dungeons & Dragons. Dogs Playing DND. At last count, the project garnered $12, 502. https://www.kickstarter.com/projects/1388023634/dogs-playing-dandd-full-color-poster

Babcock also announced that he’s working on a new project, Dogs Playing Magic. Because why the hell not?

The card-playing dogs have even made several appearances on The Simpsons, the first scaring the hell out of Homer (who finds the idea of dogs playing poker too much for his brain).

They’ve become a pop culture icon since their creation – and, see, now that they’re interesting you don’t have to cringe next time you see one. 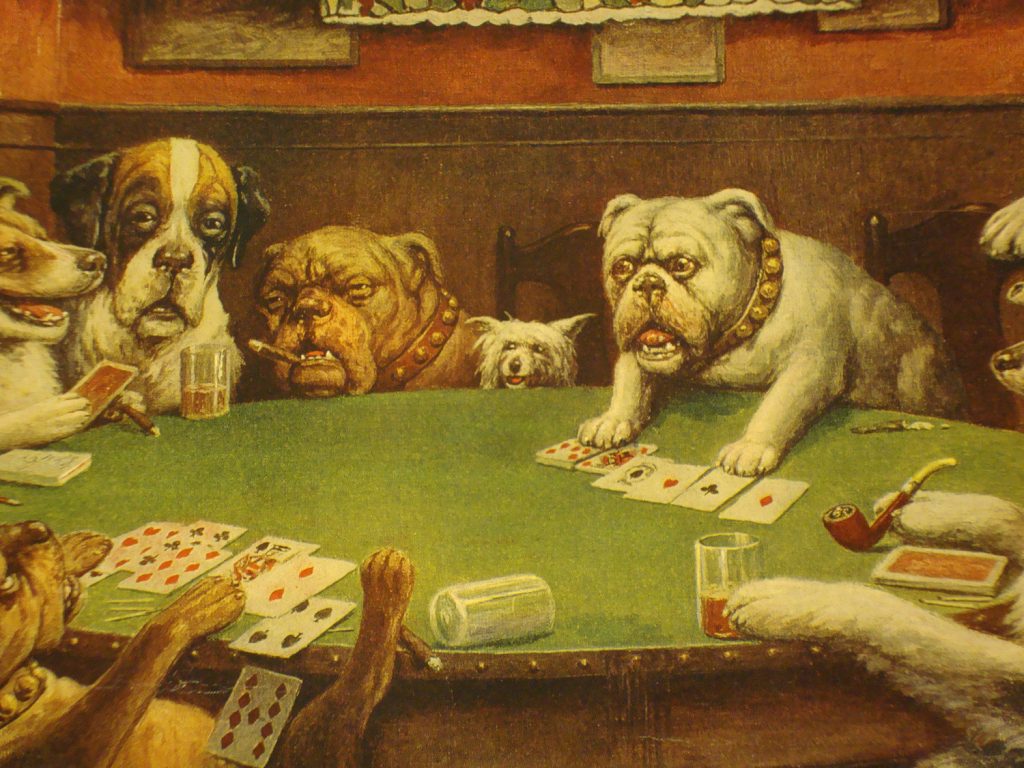 Is Virtual Currency a Gamble?

Virtual currencies like Litecoin, Zcash, Etherium and Bitcoin have become an increasing appearance on the

Make Yourself into a Great Blackjack Player

For players who prefer thinking about their next move, blackjack is a great game. Here