Board Games for Dark Nights

Halloween is a great time to get out the board games, and if you’ve got the right atmosphere going with the right amount of people, then you can turn it into a game night nobody will forget! Dim the lights, put on your chosen creepy soundtrack or horror movie marathon and get playing. Here are some suggestions for spooky board games that work great for Halloween – or for those dark nights when things are going bump!

Click the images below to check these games out on Amazon. 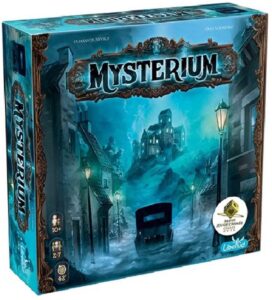 An award-winning mystery game with a twist. One player is assigned as “the ghost” and the other players in the game are psychics who have to solve a murder by getting clues from the ghost. It’s an interesting supernatural take on the classic Clue. And the game-makers will help you create the right atmosphere with a link to their spooky soundtrack.

With a really beautiful set up, it’s no surprise that BoardGameGeek awarded Mysterium the 2015 Golden Geek Award for “Best Artwork and Presentation”.

The rules are available from the game’s (French) publisher Libellud.
Purchase Mysterium on Amazon here -> 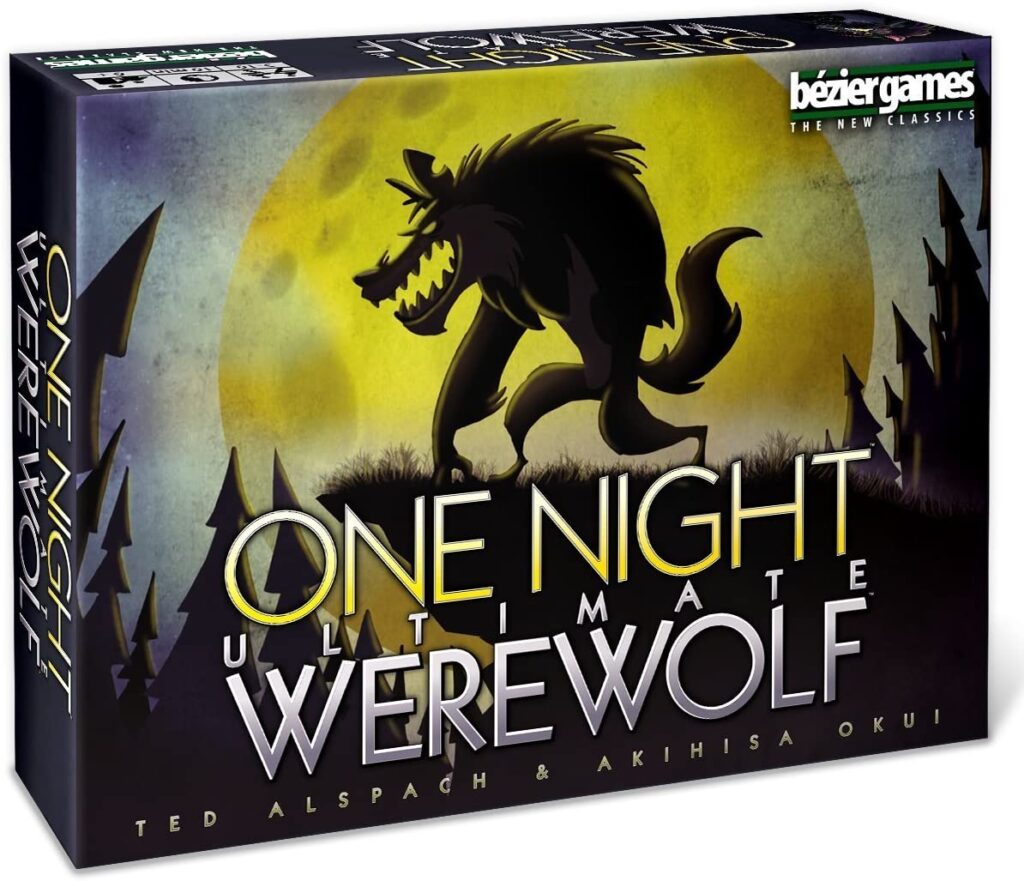 This is a great trading card game if you need something that’s thrilling, Halloween-themed and family friendly at the same time – you want games to be scary, but there’s a limit to how much fear you want to induce through a board game if you have kids around the table!

This game assigns everyone in the game a role, like “Troublemaker”, “Insomniac”, “Minion” or “Werewolf”. For the game to move forward, a player plays the narrator, “the Announcer” and calls out actions for the players.

By the way, you can replace the game’s narrator with an app from Bezier Games. How cool is that?

Games are quick, lasting about ten minutes – and the aim of the game is to find out who the werewolf is! Of course, players are encouraged to lie, and you can say anything as long as people don’t show their cards.

Check it out on Amazon here ->

Also if you enjoy this one, there are more in the series, including One Night Ultimate Alien. 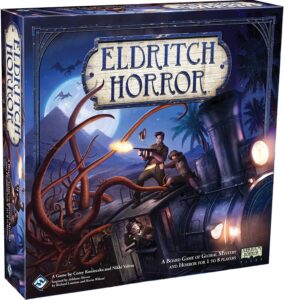 This game was created as a homage to the hugely successful Arkham Horror board game released back in 1987, and there have been a lot of comparisons between the two, though Eldritch Horror has gained a reputation as a great stand-alone game in its own right.

From the website: “In Eldritch Horror, investigators travel the globe in an urgent quest to save the world from a diabolical, omnipotent Ancient One. With four different Ancient Ones, twelve investigators, numerous monsters, and hundreds of possible encounters, every game provides an unique and epic adventure.”

This game review calls it “appropriately stressful”. We are intrigued! 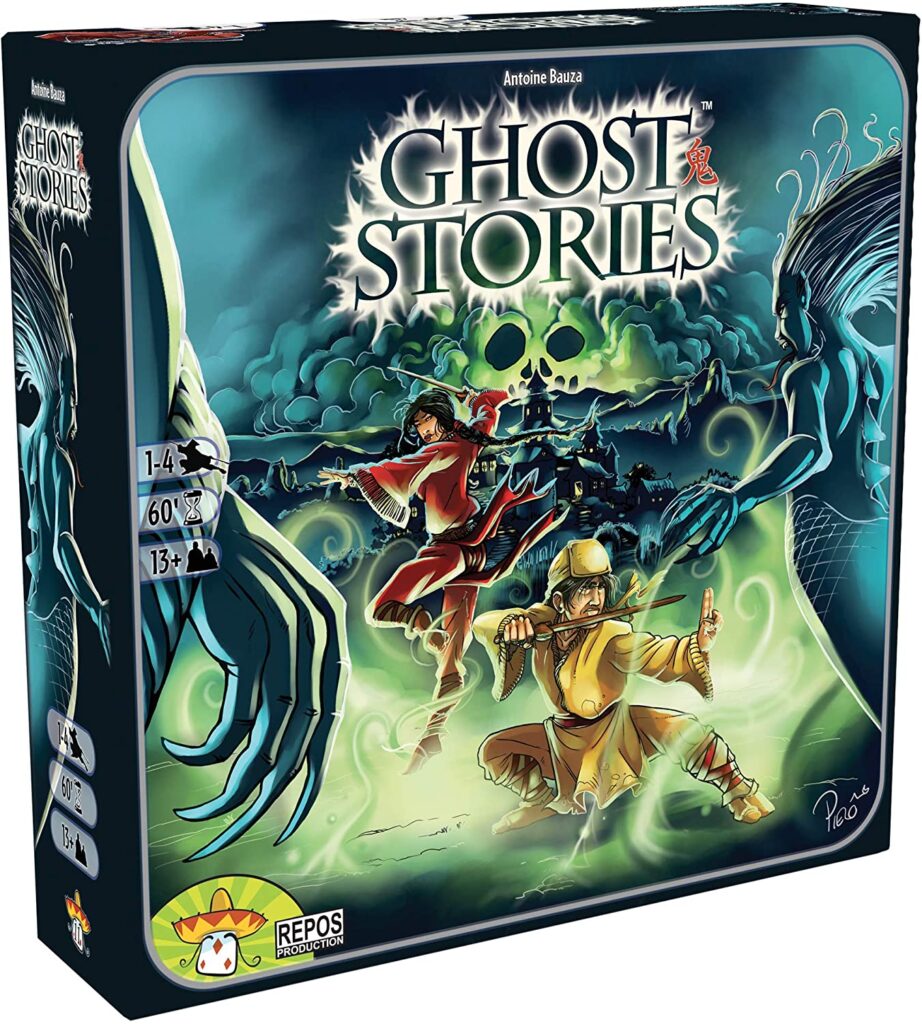 This is an interesting co-operative horror game designed for up to four players, though it can be adapted to suit a few more or less. Players play Taoist monks who have to protect their village from enchantment by the dreaded Wu-Feng, lord of Hell, and his ghastly legions. Yikes!

This one was nominated for several Golden Geek Awards, including “Most Innovative Board Game” and “Best Gamers’ Board Game”. More info and to buy it on Amazon, click here -> 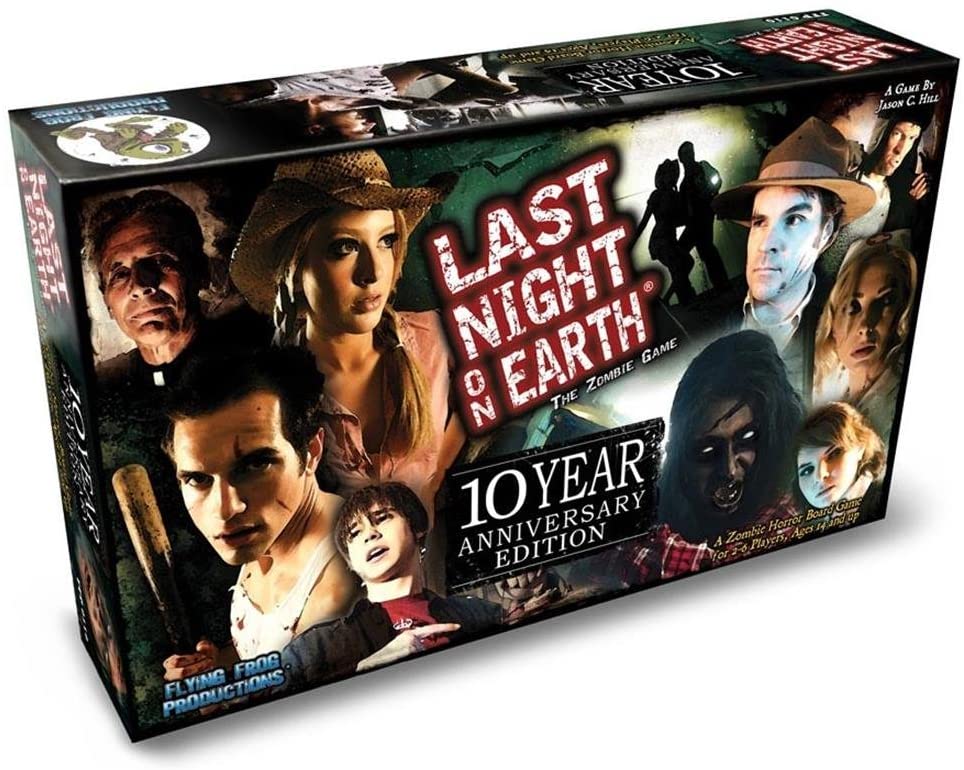 What’s a good Halloween without zombies? This game puts heroes and zombies face-to-face, as they always are! Players can choose to play either zombies or heroes, with each hero having their own unique abilities.

Comes with a soundtrack on CD to add to the ambiance. (Shivers). To purchase on Amazon click here ->

Photo by Josh Olalde on Unsplash

Gothic art draws its inspiration from life's darker themes - the things that are macabre,

6 Excellent Resources to Learn the Tarot (for Free!)

The internet makes it easier to access a professional tarot reading within minutes, but that's

Learning card magic and illusion is rewarding, though expect hours of practice and many dropped