There are a few things you might not know about the Die Hard series and Bruce Willis.

For one, Bruce Willis is actually a decent blues player if you have a moment to watch some of the videos on YouTube. For another, the real-life location of Nakatomi Plaza is actually Fox Plaza – the studio’s office building – which was used to film most of the movie.

Oh, and there’s also a Die Hard: Nakatomi Plaza board game part of official Fox merchandise. (If you’re a movie fan, the same link also hosts merchandise for a bunch of other movies including Planet of the Apes,  The Greatest Showman and Alien. Not all board game-related, but cool nonetheless.)

It’s called Nakatomi Heist. A lot of reviewers are giving it a miss – but people are still queueing up to buy it.

So Is It Good?

Sticking to the movie theme, Nakatomi Heist is played in several acts – and one player takes the role of the movie’s protagonist while others play seemingly random thieves who are there to make things as hard as possible.

The game is turn-based and played with cards. (Not in the same way as bridge or poker, obviously.) 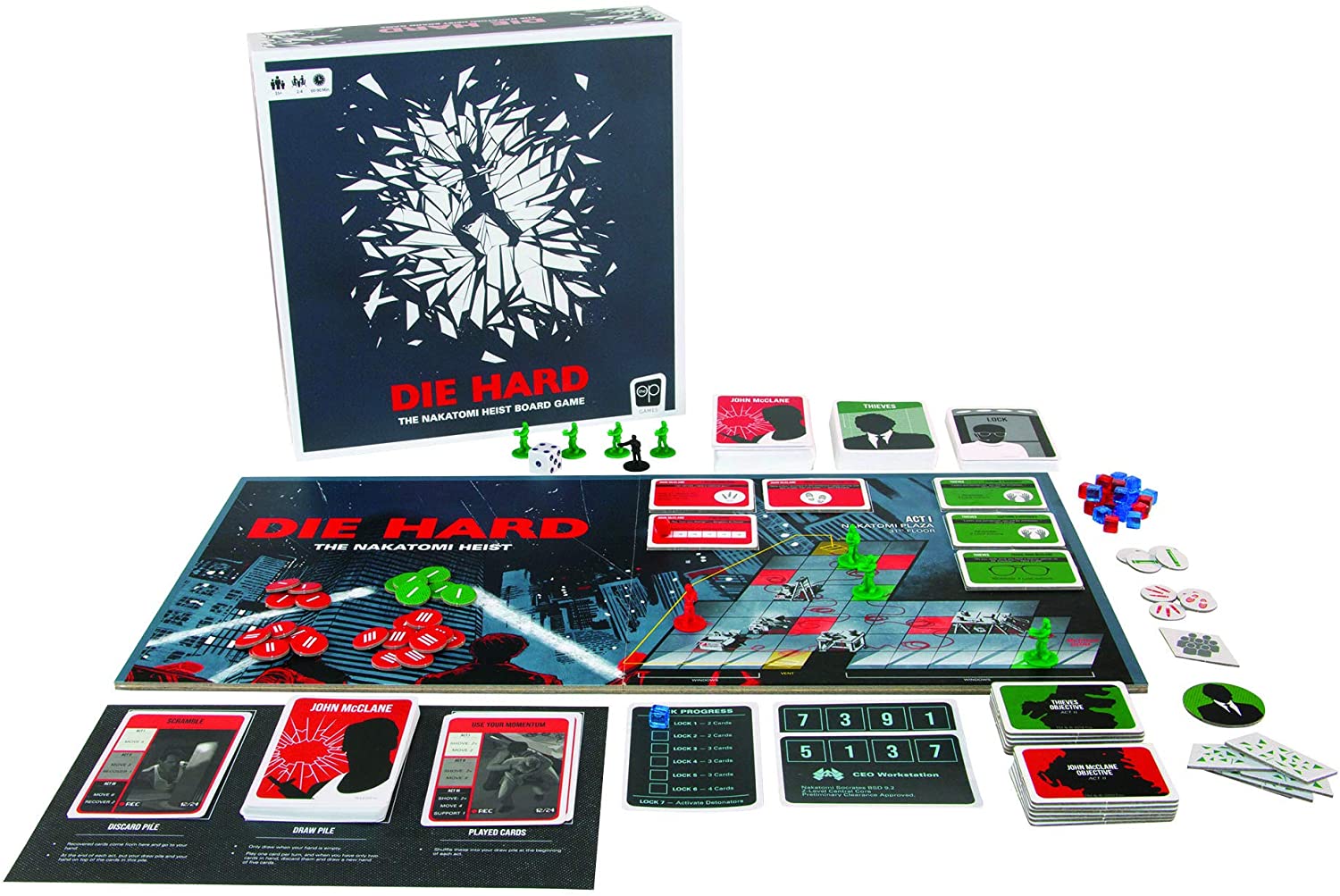 Each card has an action printed on it, and each player puts down several action cards for their turn. These are then executed – and of course, one beats the other.

It’s not complicated, it doesn’t take a lot of time to pick up, and surprisingly, you’re not going to play it as often as you might have played something like Monopoly, but it’s actually a good game for some casual playing.

If you want to have a movie night, if you’re collecting merchandise or if you’d like to make a Die Hard or Bruce Willis fan smile, this is a good one. There are plenty of movie-to-tabletop adaptations out there, and many of them would rank a lot lower than Nakatomi Heist.

It’s reminiscent of turn-based fighting games where you try to get the right combo without knowing what the opponent might have chosen. (The closest, oddly, that  describes what this one is like is a strange little turn-based fighting game called Toribash, where each player gets to select their moves and then “action” them to see what happens.)

Some of these products might not be officially licensed, but they’re perfect for any Die Hard fan.

There’s even an appropriate John McClane action figure made by NECA.

If you’re a collector of movie merchandise or Die Hard-related stuff, this is a worthwhile tribute to own.

If you want to see what type of person someone is deep down, just subject

If you're somebody who enjoys a game that changes every time you play it, or

Yu-Gi-Oh! Duel Monsters is one of the most popular trading card games of all time