Which Card Game is Hardest to Master?

Card games have always been hugely popular because they are easy to pick up and play. You don’t need to invest in a lot of equipment – just a deck of playing cards – so they’re perfect for almost any situation. And there are hundreds of different games to choose from, including games that the whole family can play and games that you can play by yourself.

Most card games are easy to learn because that’s how they were designed. Players would meet up with a deck, quickly explain their game of choice to any newcomers and then get straight on with it. Card games were also ideal for playing when travelling because of the lack of equipment needed.

But don’t write card games off as being simple. There are plenty where the rules are easy to learn but mastering the game can take years. If you want to learn something new, that will keep challenging you and giving you a mental work out, here are some of the best card games to try. 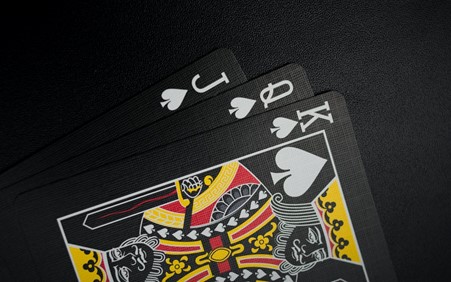 Of all the solitaire games, Klondike is probably the most well-known. Anyone who owned a computer in the 90s/00s will have spent time procrastinating over work by trying to stack those pesky little cards, and most of the time managing it. For a more difficult solitaire experience, try Pyramid instead.

Shuffle the pack and deal 28 face-up cards into a pyramid shape, starting at the top. Make sure each row overlaps slightly so that two cards cover the one above. You’ll have 7 cards in your bottom row, and the rest in a draw pile. The aim is to pair up cards to a total of 13 and remove them from the pyramid. Removed cards uncover those on the row below, so you need to work methodically through the pyramid. Jacks are worth 11, Queens 12 and Kings 13 – making them the only card that can be removed on its own. Reshuffle the draw pile as often as you like, until you clear the pyramid or there are no available moves.

What makes Pyramid tricky is that, unlike Klondike, you’ve no option to move stacks around. The only way to get cards further up the pyramid is to remove those below, which means a decent amount of forward planning is necessary. Clearing the pyramid isn’t going to happen every game, which means when it does you are left with an immense sense of satisfaction.

When people think of card games, many of them picture casino games like blackjack, baccarat, and poker. The popularity of these games has grown in recent years thanks to the televising of major tournaments like the World Series of Poker. There are dozens of poker variants, but they all fall under the same label of easy to learn, hard to master. This is not only because you have to also learn to read your opponents; there are complex mathematical calculations at work in every poker hand, and the better you get at working with percentages and probability, the easier it will be to work out what to do with each hand.

Blackjack is easier to master. Instead of playing against other people, you are all playing against the dealer, so you don’t need to worry about whether anyone is bluffing you. There is similar maths involved, as it helps you to know how likely it is that you’ll draw a card you need, but with fewer cards on the table, this can be a bit easier to calculate. A great way to start playing the game is through 888 casino, as they offer different formats of play with low stakes. There’s also handy guides available if you need a little help when you start playing these online blackjack games. 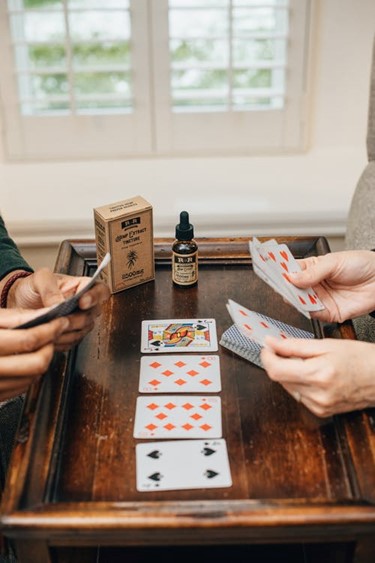 Hands down the hardest, but one of the most rewarding, card games to get your head around is Bridge. Played competitively all over the world, this is a trick taking game played by two pairs. Unlike other games mentioned here, Bridge is not a quick learn, in fact there are entire courses dedicated to teaching the game to new players!

What makes Bridge complicated is the bidding process. Depending on the value of the cards in the opening hand you are dealt, you will either decide to make a bid or pass. Once a bid has been made, there are certain responses which can follow, and learning these, and which option is best in each game, are what will turn you from a Bridge novice into a decent player. Still, there are people who play for years and never advance beyond beginners levels; to become a real Bridge master takes dedication and willingness to study the game, and your past performances, to seek out ways to improve.

Taking the time to master a card game can be very rewarding, and not just financially. That feeling of making the perfect play, or clearing the solitaire board, cannot be replicated. Skill games like Bridge, Poker, and Blackjack appeal to people because they are not just fun, but they also keep your brain working – the perfect combination of enjoyment and stimulation.

Most Popular Casino Games in India

If asked to name a global gambling hotspot, most would likely plump for the bright

How to play online casinos all around the world?

How to play online casinos all around the world? Playing all sorts of games at