If you’re somebody who enjoys a game that changes every time you play it, or who enjoys to role-play when you play games, or if you’re a seasoned tabletop game player looking for a new kind of scenario to play out, Betrayal at House on the Hill is my first recommendation. It’s a relatively complicated game, however once a new player gets into their first round of Betrayal, it becomes a quick favourite.

Easily the best part of Betrayal is, as I mentioned, that the game never gets stale. Every game starts the same; you and two to five others enter a seemingly haunted house together and begin exploring, and at this point in the game you are all working together. Inevitably, things will go wrong when “the haunt” begins. I couldn’t tell you now what happens when the haunt starts, because it’s different every time. One of you might become the traitor and try to trap your friends’ souls within the house’s walls, or to overrun them with angry spirits. Perhaps there won’t be a traitor, and you’ll all have to work together or against each other to escape the house or find the treasure. Or maybe you’ll even get a classic Night of the Living Dead scenario, the possibilities are numerous with Betrayal. Even once you’ve experienced every haunt, playing them again won’t be dull since there’s usually a traitor among you, and it’s a very different kind of game to play as the traitor or against them.

Like any good role-playing tabletop game, half the fun in this game is recounting the stories and scenes that come up. Whenever we have new players at the table, the story always comes up of the time the house got carried up into the sky and two of us playing as young children were fighting over the only parachute in the house, only for our other friend playing as the old priest to rip the parachute out of both our hands and leap into the sky. It’s a story that came up in a board game, but we all remember it like we’d seen it in a movie somewhere or read it in a book, and the whole table has a good laugh when we recall it.

Because there are so many different games within this game, fifty to a hundred with the expansion, some of the rules are skimmed over. For first timers to this game, I would recommend going into it alongside people who are familiar with it, or at the very least one player who has played something like Dungeons and Dragons or other excessively complex tabletop game. In my circle of friends, we rarely have rules disputes since we do play those games. The best thing a new player to these sort of rules can do is learn to be flexible with uncertainties, and if something isn’t made clear anywhere, come to a logical middle ground. 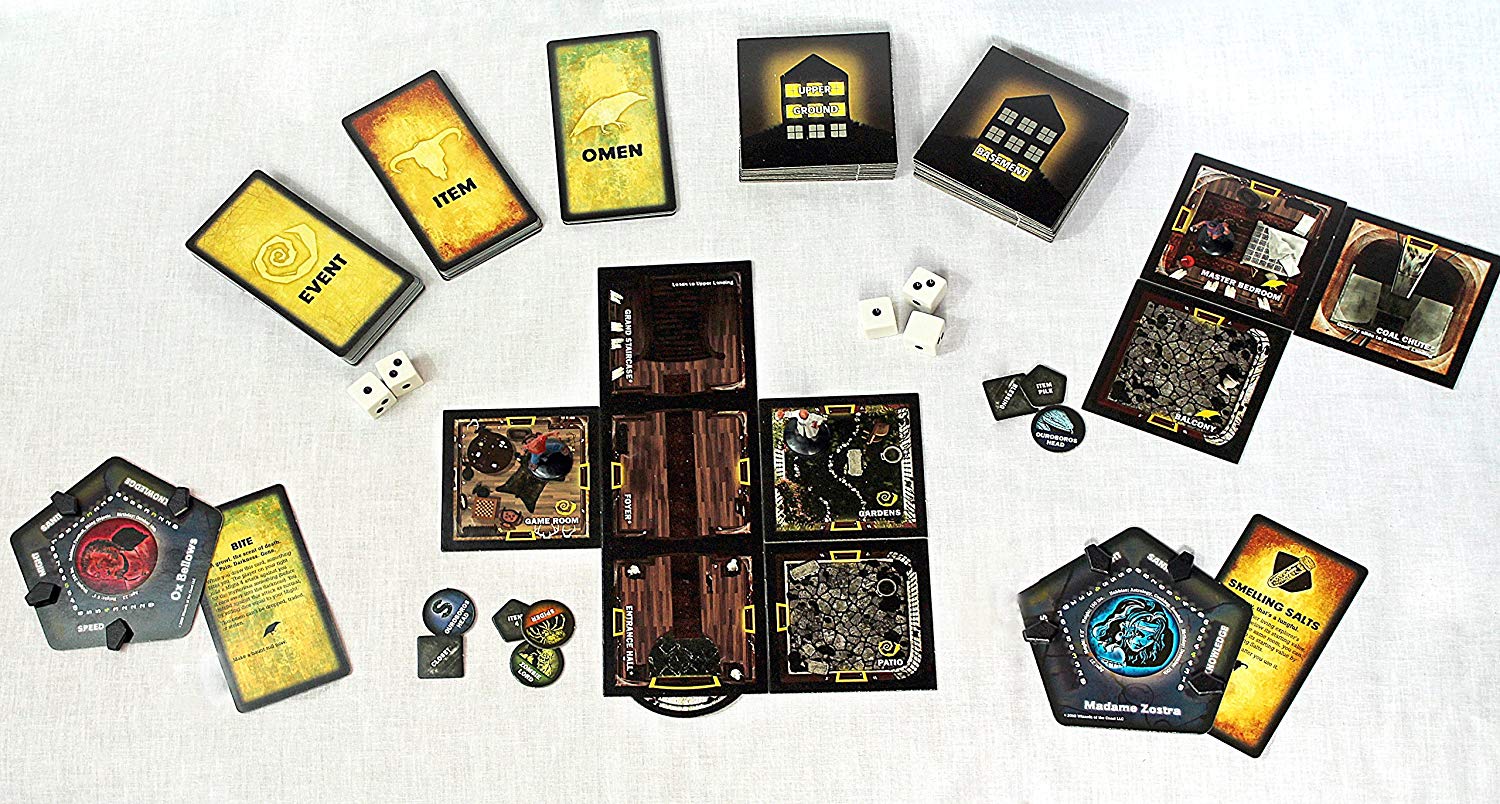 For all the fun that this game is, one part of the game that is not so fun is struggling to find all the right parts in the absolute mess of a game box. The way the inside of the box is structured, you’re expected to just toss every little piece and token into one big bucket and to fish through it constantly every time you play. I counted them, there’s 216 tiny cardboard tokens. The only thing this game truly needs is a little bit more organization, and games will be five to ten minutes shorter if you can find a way to make the pieces easier to find. It’s a minor problem, and I don’t really ever feel like it takes away too much from the experience of playing.

Board games are cool - but sometimes their TV commercials are even cooler. Or weirder.

13 Dead End Drive is a fun, deduction-style murder mystery game that will give you

A Return to the Classics: What’s Behind the Card and Board Game Resurgence?

Sites like Kickstarter have proven hugely popular for raising money, with the board game niche